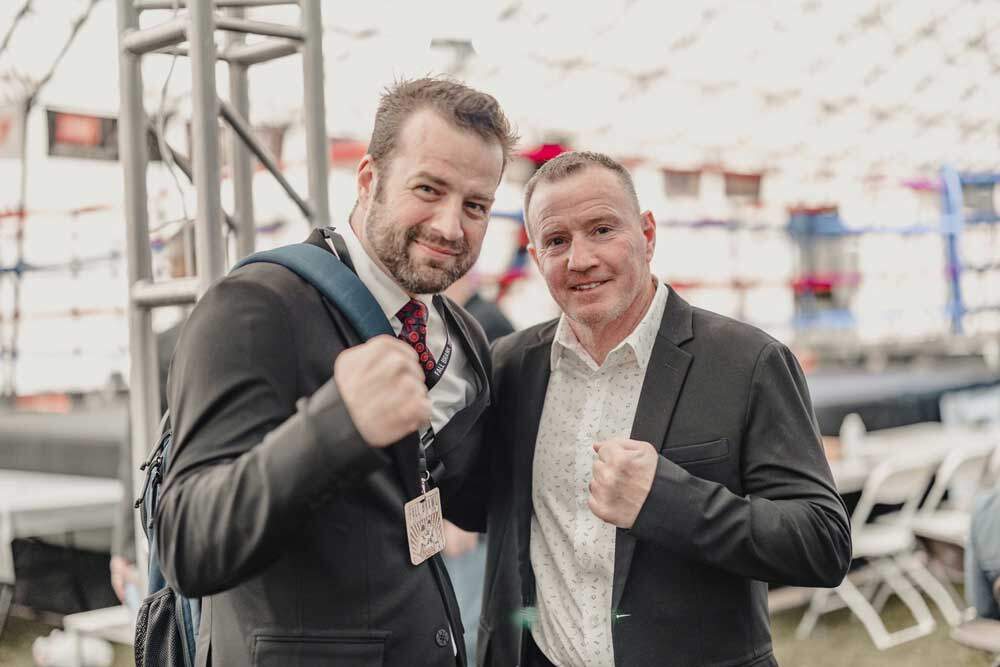 Tailoring the way to XSuit

I have always been picky when it came to suits. From my very first outfit to my most recent, I had to strike a certain style. Naturally, over time, my demands began to change, and one day, my eyes were opened to a new possibility when I was introduced to the XSuit 4.0.

My first suit was a pieced-together-combo; a cream-colored jacket and black pants with black shoes. My friends rightfully presumed it was inspired by the movie Good Fellas. Then attending a wedding necessitated the purchase of my second suit, super simple black.

Throughout the years, as demands of various work environments and more prestigious events grew larger, so did my collection of suits. Eventually, my closet became seriously respectable; finer cloth, pick stitched lapels and collars. Shirts, ties, belts, pocket squares and of course shoes.

Today, in the course of work, an occasional executive protection (EP) detail requires a suit.

In the past, this meant I would be wearing one of my finest suits for the occasion, only to then ruin it through a spontaneous physical element of the job. So, I turned to splitting the difference, seeking out the best-looking suit that 300 bucks could buy. After all, I refused to ruin another knee of one more pair of pants or to blowout the armpit of another fine jacket.

Admittedly, it took an embarrassingly long time for me to realize that better options might exist.

When I was recently contacted by a buddy of mine to join an EP detail, the suit was the first thing that came to mind. But there was more. One of the event sponsors was a company called XSuit and they would be outfitting the entire EP detail with something called the XSuit 4.0.

To my friend, this was fantastic news. But honestly, I scoffed at it. I had a fairly short list of suits that your average guy can afford that I respected, so what the balls was this XSuit 4.0?!

He went on like I have been living in the dark, “Haven’t you seen these, on Instagram? These suits are wrinkle free, stretch-fabric and spill resistant.”

But instead of a technological breakthrough—a new development in the world of finer things—To me, it sounded like some sort of gimmick promoted to Zoomers first entering the job market.

So, I put the XSuit (4.0) out of my mind, save for providing my friend with my necessary measurements.

Only when I began packing for my departure did I give the XSuit a second thought. It was odd packing all the accessories into my suitcase minus a suit.

When I arrived at my friend’s place, he produced an enormous box and informed me that he had yet to separate the XSuit 4.0 suits by size. I looked inside and was struck by the realization that this is how all suits show up to a store. Packed in boxes waiting to be separated by size, matching jackets to pants. The dry cleaning… wait, no dry cleaning, right?

Fortunately, my jacket was found near the top. I removed it from the plastic bag, unfolded it, admiring the creases and wrinkles that supposedly shouldn’t have existed. I threw it on and tried it for size.

The material felt slightly foreign, but it looked quite nice. My friend called out another name along with a jacket pants combo. So, I continued to rummage through the box, adding initials to each XSuit 4.0. bag as we continued.

This was no small task. By the end, I finally had my pants set aside and was ready to try on the remainder of the combo. I walked in the bathroom, removed and unfolded the pants from the plastic, again admiring the deep crease fold marks and wrinkles and allowed myself a moment ponder, WTF XSuit?

I disrobed, slipped on the pants (which again, fit very well), buttoned my jacket and looked in the mirror.

To my shock and utter amazement, the wrinkles and folds of the jacket were now gone. Through simply wearing the jacket over the past 30 minutes, the heat from my body along with the physical movement of the task of separating out the pants from the jackets had miraculously stretched and flattened those seemingly deep fold creases and wrinkles.

“Did you say these suits were machine-washable?” I shouted down the hall.

I guess you could say that was the moment when I bought into the hype.

I started twisting and reaching beyond the scope of imagination: throwing high knees into the air with an imaginary adversary fixed in a headlock. All moves that are an important part of my athletic and martial art répertoire.

The suit passed every test, and I went from “uninterested in XSuit 4.0” to full on enthusiast.

We arrived at the hotel and the following day I found myself ushering these renown champions from the lobby to a hotel room where they were outfitted with their own XSuit for the event.

And I couldn’t help talking the XSuit up.

I invited them to throw some hooks, jabs and uppercuts to test the unique properties of the XSuit 4.0 for themselves.

Every one of them was impressed if not in disbelief.

Vinny Paz was, “wow, wow” and all smiles as he ran his hands over the fabric. Riddick Bowe threw some punches, wearing his XSuit jacket “teeth everywhere” he emphasized, followed by a hands-up defensive boxing posture and a nod of approval.

Throughout the day, as I rotated the bag from back to front, I pondered the level of caution that I might have had to apply, had I been wearing fine wool blend garment as opposed to the XSuit 4.0—A suit with rugged nylon wearing against the fabric with every gyration and rotation of the bag.

I had confidence in the XSuits material, and it turned out that my confidence was not misplaced.

How rugged are we talking about?

We began to take rotations to grab food and beverages when tragedy struck. As I took delivery of a plate of BBQ and Mac and cheese my pant leg snagged on the metal frame of an overturned sign that was promptly pushed into the curb by the momentum of my leg and came to a dead stop. And in that moment, I knew that my pants were done for.

But I was wearing the XSuit.

In reality, the pants were not only resilient to the combination of shock and abrasion, they also refused to take a mark.

When the event concluded, I was determined to add a few more XSuit 4.0 to my collection. I already knew they would replace a suit if not two. I could already envision the extraordinary benefits and the extraordinary convenience of traveling with two or three XSuits in tow for any extended assignment.

In a weekend I was transformed from a position of “couldn’t-care-less” to realizing that the XSuit is possibly the newest, hottest piece of absolutely essential kit for anyone, especially those in my line of work.

When I returned home, I confidently threw my suit in the washing machine. Hung it to dry, got online and ordered myself one more.

The following week I selected my XSuit to wear to an opera. And yes, the XSuit 4.0 looks that good; that respectable.

As chance would have it, we arrived at the show in the pouring rain. I dropped my wife at the door and when I arrived, I should have been soaking. Instead, I shook out my jacket, patted the beads of water off my pants and it was like I had never been rained on. I had completely forgotten about this additional benefit.

The XSuit is an extraordinary value at its price point.

I don’t care if you are looking at buying your first suit or adding to your collection. I assure you that the XSuit will become a staple. It absolutely will become your go-to suit. And if you happen to be in my line of work; if you happen to have a background in martial art of any kind (be it Boxing, Wrestling, Muay Thai, Judo, Karate, Jujitsu), or might need to run, strike, grapple or draw a firearm while wearing a suit — the XSuit is an absolute must-have.

The XSuit is so much more than a versatile and conveniently fashionable alternative to a conventional suit.

It is the gateway to a lifestyle.