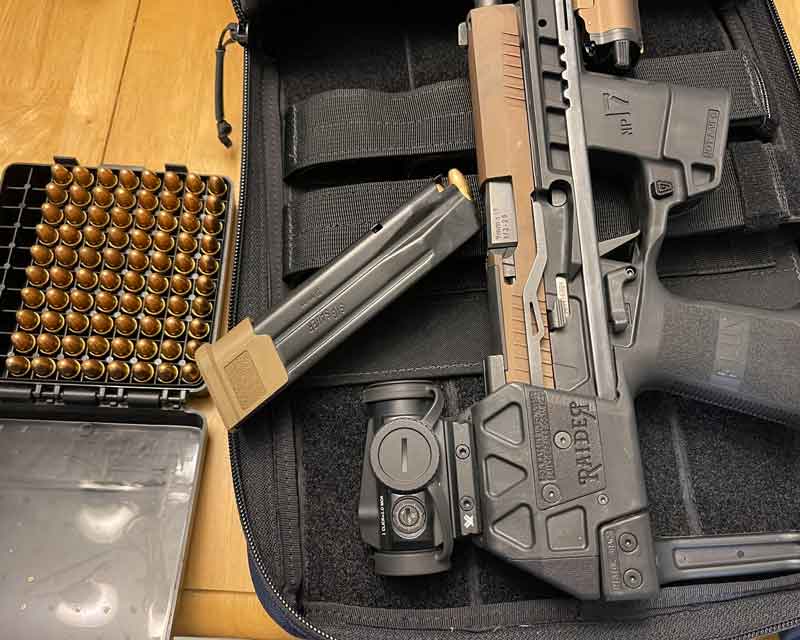 Off-body carry sounds simple, but it is not. At least not as a semi-primary mode of operation. Sure, a reasonable backpack can be used to transport a weapon that would otherwise be used on-body, but the pack itself has no added tactical utility.

The truth is off-body carry is a question of greater consequence when you begin to weigh the options:

The possibilities available to meet these criteria are endless. And although there are many options out there that could work, only a few were specifically designed to.

Unfortunately, I have often found myself drawing from the former pool than the latter, primarily because many tailored models tend to lean more towards a specific look that just does not work in many (if not most) environments (e.g. a seemingly fantastic, capable, pack that look like there should be a parachute packed inside).

It may be innocuous in theory, but in practice, it’s tragically out-of-place and prone to drawing attention—and attention is precisely what you should avoid when you are carrying a firearm. You and your pack should not be given a second look for any reason.

One would think it obvious that a “low viz” pack shouldn’t include MOLLE. But it doesn’t even seem obvious to the designers of covert tactical packs that the pack must be capable of serving as more than a vessel for a gun—a fully useful and functional pack.

Could someone please solve this?

I feel like I had waited longer than anyone should to have a truly purpose-built solution. Or perhaps my Google Fu failed me. But Dom Rasso of Dynamis Alliance finally solved the mystery and struck an elusive balance with the introduction of the LVL Comp Bag.

In my opinion, there is only ONE bag that truly fits the criteria of a fully capable bag—a bag that can pack as little as a pistol along with all of the associated kit, and or a PDW type weapon in the place of a pistol.

That pack is the LVL Comp by Dynamis Alliance and Dom Rasso of CrushEverything.com

The LVL Comp is a bag that truly does it all; it has many hidden features and deliberately advertises none of them outwardly, by design. The LVL Comp (the compact version of the LVL) seems, from the outside, as nothing more than a very high-quality backpack/slingpack with only a handful of zippered compartments and pouch on either side for a water bottle. And that is all the signals this pack has that I can rightly put into words.

However, this look is purposefully deceptive. All of the bag’s clever capabilities are tucked inside with no outward telltale signs.

So, how did I outfit and load out my LVL Comp Bag?

The first step is outfitting the weapon compartment. Utilizing the Velcro mounting panel and a few additional lengths of 1.5 double sided Velcro tape I created a captive system to keep my Flux Raider M17.

That’s right, I chose to go “big”. Not the sort of big that is 300 blackout AR pistol with a 5.5 barrel, that some would. But I see shooting a stabilized pistol caliber PDW as not only a viable but a highly beneficial step up from a handgun.

Could I have gone 5.5 AR pistol in the LVL Comp?

Sure, with a Dolos system. Maybe, with one of those QD buffer tube systems by Stern Defense. Probably not even a good idea with a LAW side folder setup as it would simply become too wide for what the bag is designed to accommodate. But really with any of those options you would lose out on the element of quick deployment and the ability to engage an adversary in a moment’s notice.

One could choose to carry an additional weapon system off-body using the LVL Comp as your carry option. I have chosen to utilize the LVL Comp as an alternative to on-body carry that gives me the ability to level up in capability.

LOAD OUT AND LEVEL UP

There are those that do not feel that a pistol caliber PDW is too grand an advantage or even much of a gain in capability. They would rather haul some larger pack with a readily deployable AR pistol. And sure, there are cases where I would too.

However, in my LVL Comp I carry my:

Whereas my alternative is a fully outfitted 300blk 5.5 pistol with two mags and 40 rds. for that same 13 lbs. While an AR pistol is surely the sort of weapon you would want in a certain type of fight, it’s simply not the sort of weapon I might choose to carry every day.

But with the LVL Comp and Flux Raider in the aforementioned configuration, I have both a rapidly deployable off-body carry solution along with the minimum that I might need if the heat comes on when the sun goes down.

From every-day-carry to close protection work, one should strive to have ready access to an assortment of gear and kit that is capable of expanding or contracting along with whatever mission. For me the LVL Comp is an important element of that mission and mindset.

Most importantly, the LVL Comp bag has proven to be the most ideal solution for off body carry in ANY environment. Furthermore, the LVL Comp allows me to remove a few items and add them to a locked checked bag and fly with all the additional kit in tow that I might need when I land, while utilizing the LVL Comp as a carry-on personal item.

More simply put, the LVL Comp bag has opened up a world of possibilities in everyday scenarios. It has enabled me to go to the gym or the lake, on a road trip with more, as opposed to less. The LVL Comp is truly the ultimate solution for having all the kit you need, where you need it, at all times, on your person.

Get yours: LVL Comp by Dynamis Alliance and Dom Rasso of CrushEverything.com