Back in August I wrote of the DPX HEST 2.0 folder. Since that time DPX Gear has rolled out a line of fixed blades that represent a turn in design functionality that just got a little more hostile.

The DPX HEFT is a mission specific edged implement–Fighting. Most fighting knives will, by default, retain a certain dual functionality; they are good for tasks not exclusive to death dealing. The DPX HEFT (Hostile Environment Fighting Tool) capitalizes on this versatility where there is room to capitolize and makes no exceptions where there are none to be had. Simply put, the DPX HEFT is designed for close quarters dirty work. It is designed for people who are in the business of killing people.

For the purpose of featuring one of each configuration, I acquired the HEFT 4′ in Woodsman and the HEFT 6′ in Assault. Each configuration has its own unique attributes. Some attributes may be seen as pros, others cons, given individual perception, but only one configuration need be right for you. Therefore, whatever bullocks you might deal upon the other configurations, realize that there is someone out there who thinks otherwise. Personal disposition matters; for this reason in the top of the various Special Operations food chains you will find Operators who can pretty much carry whatever they damn well please.

The Woodsman configuration has a rather captivating “warm” feeling. With its stonewashed blade, Santos wood scales and extremely posh DPX logoed leatherwork, the woodsman configuration takes an otherwise brutal knife and puts it into a sort of inviting… innocent until proven guilty looking package. 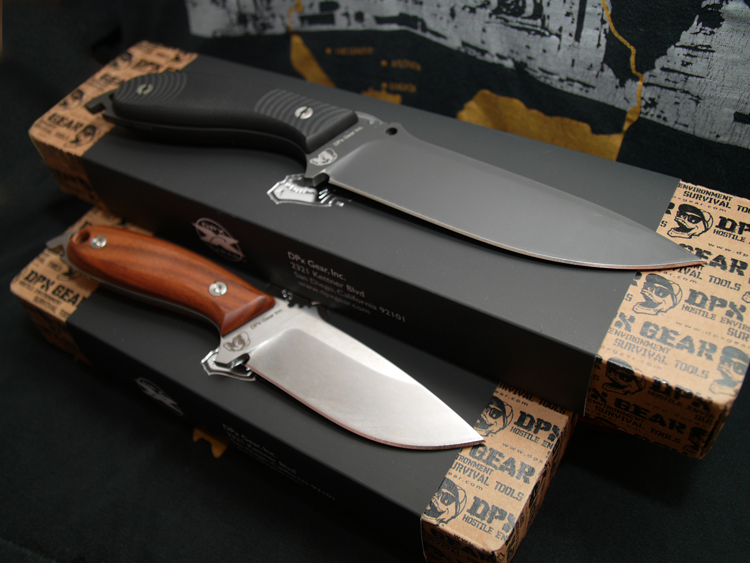 After showing the knives around for a bit I have been asked why I choose the HEFT 6′ in Assault and the 4′ in Woodsman. Here is my best explanation; I feel as if the 6′ would have more dedicated function as a field/combat knife therefore I chose the 6’ HEFT in Assault. This would make the 4′ HEFT in Woodsman my choice by default. However, that is not entirely the case.

My logic in part was that if I were to go out in public with a “black knife” on my hip, it would draw considerably more attention. Living in the “great north woods” of Wisconsin, people don’t give much thought to a guy going about his business looking like he is carrying some manner hunting knife. This is the primary reason that I chose the HEFT 4’ in Woodsman. I like the 4’ in particular due to its lighter weight and compact versatility. Lighter weight and shorter blade = faster, hence the nickname “Fast 4.”

My bare bones reason for choosing the HEFT 6′ in Assault configuration is because I knew that I could find a dedicated spot on my rig to carry it. That and, due to having allowed myself to be talked into gifting a friend with one of my field/combat knives. I felt that the DPX HEFT 6′ with its added length and weight would perhaps lend itself better to general field application than the more compact HEFT 4′.

The HEFT 6’ is strongly perceived as THE fighter of the two. There are variety of people out there, whom you might hand a 4′ blade knife telling them it is a fighter and they simply don’t see how that is possible. However, if you handed them the HEFT ‘6 (in Assault configuration) a sort of “game on” look would wash over their face and they might even start to drool. More than a few people who have handled the HEFT 6 did precisely that. The HEFT 6’ is understood as a fighting knife straight away, hence the “Straight 6.”

As a guy who designs and occasionally builds knives, I can appreciate the tremendous amount of thought and effort that went into achieving the outcome of the HEFT. In an exchange of emails, Pelton described his intention to design a knife that would be capable of “seamless integration into Combatives.” The word seamless resonated in my head from the moment that each knife was removed from the scabbard and held in my hand. I never owned one of the ESEE HEST knives but I was the barer of one for a brief time and became quite fond of and familiar with it. It was this experience that drove me to acquire the DPX HEST F/2.0 which remains a knife that I carry EVERY day and remain most satisfied with. From the fixed blade to the folder you could feel the evolution. From the HEST to the HEFT this evolution is also very tangible. That fact in and of itself is rather unique; an actual tangible feeling that these knives are of the same family. That being the case, it is a very rugged and robust family! 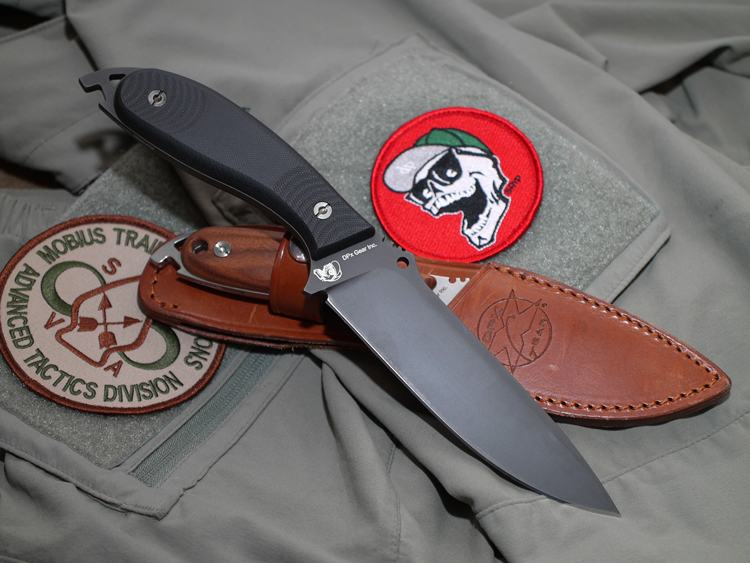 Combatives is a Military term for hand-to-hand combat training. This manner of training consists of extremely close combat methods. Sometimes referred to by acronyms such as CQC, this training is often also simply referred to as “hand to hand” combat, and that it is. However, it is not necessarily empty hand combat and these methods seek to employ most any advantage that is available to be utilized to incapacitate or eliminate the adversary. Different branches of the Military often utilize different systems, however the intention of each system is relatively the same.

Edged weapons have a tendency to play a substantially more significant role in Combatives training in the Top Tier Military Groups. Those who are trained for extreme close quarters interdiction are more heavily trained in utilizing the implements of this manner of engagement.

This is where the “seamless integration” part becomes interesting, and I might go as far as to say it is the paramount achievement of the DPX HEFT. Let’s substitute “seamless integration” with… something like, “fits right in”. If you are trained to do any given thing and are accustomed to utilizing some specific implement it would take an implement with considerably favorable properties to replace whatever it is that you may already use. This is where the DPX HEFT goes the distance, and then some. 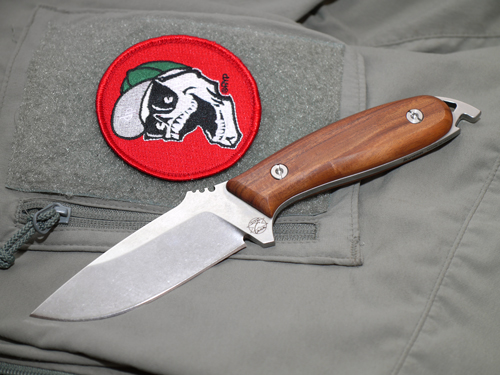 When I set my mind to writing about a thing I make a point to show it off a bit to others. I take note of their observations and perceptions but mostly I take note of what they ask of me for the purpose of writing. I want to know what they want to know and I want to answer those questions for who ever happens to be reading this. Mostly I showed the knives individually but on some occasions together. While showing them together I found that many assumed that the HEFT 6′ would be my knife of choice to… work someone over with. This is more than likely on the account that I have the HEFT 6′ in Assault.

So, for the record, we all have preferences. Here is mine. I would actually take the HEFT 4′ in a fight any day, all day. That is, under any circumstances, no matter the odds or the adversary. Its shorter blade and lighter weight are simply a better fit for my style of application than the HEFT 6′. When it comes time to… “Find flesh fast and make blood”, I am all in with the HEFT 4′.

But also, for the record the HEFT 6′ was favored by most that I had shown the knives to by a ratio of nearly three to one… Physiological principals aside (being it that I had the HEFT 6′ in Assault) many wanted a knife that they felt would better cleave, cavitize and penetrate deeper… To each his own.

The purpose of a fighting knife is not “fighting” at all in the way some might imagine; it is rather a sub point blank kill tool. This involves bleeding someone out who… does not want to die. Or perhaps taking someone down whom, ideally, never knew you were there. Killing requires FAST decisive and in many cases brutal and repetitious actions. If that sounded all serious, believe me it is, and the DPX HEFT 4′ and 6′ are, in my humble opinion, up to the job!

That being said, the DPX HEFT 4’ and 6’ are purpose built implements, built around the specific needs of Military persons… and a few others. Although it was not designed specifically Law Enforcement Officers and not for whatever variety of civilian purposes I am certain that it will also find a home there. Where ever there is work to be done of most any variety it is best to have a sharp and able implement at hand.

Disclaimer – Any resemblance between this review and any review produced by other persons, living, dead, is purely coincidental.

Plenty nuff animals were harmed during the making of this review.

Always consult your doctor… THE DPX HEFT IS RIGHT FOR YOU!